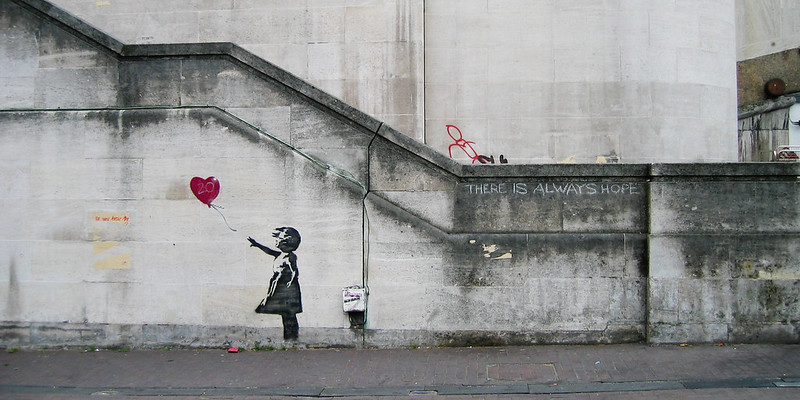 As an art lover, you can be a graffiti lover. Therefore, sometimes you might wonder how to tell the different between street art and vandalism. Street art has become a sensation worldwide. Major cities as London even sponsor street artists and allow them to show their artform in some specific places as you can observe in Brick Lane.

So how to tell the difference between Street art and vandalism? Graffiti art was born from the act of marking or defacing premises or other property without permission. So basically, graffiti essence was born from a crime. Therefore, with so many famous street artists and amazing artworks of this form out there, it got more complicated to understand.

Drawing the line between street art and vandalism

Some people consider this kind of art as controversial and offensive, although on the other hand others find it appealing and attractive.

Street Art’s controversial history has often centred on this touchstone debate. Long associated with crime and gangs, graffiti tipped into the realm of art during the 1970s and 1980s. Artists including Jean-Michel Basquiat, Keith Haring, among others revolutionised guerrilla tagging of the urban environment with their distinctive visions.

The term ‘street artist’ also evolved and come to be applied to this work. Once graffiti because it is often far more detailed and artistic than your average graffiti scribble. Where on might associate graffiti with a spray-painted tag or moniker, street art is often far more in-depth. Most use their work to make social or political commentary, often drawing figures or murals with anti-establishment messaging.

But how can we draw the line here?

Whether graffiti is art or crime has an implication in protecting the integrity of a street artist’s work. If considered art, these creative works would likely be shielded under the Visual Arts Right Act (VARA).VARA protects the work of visual artists from intentional distortion, mutilation or other modification. Under VARA, works of art that meet certain requirements afford their authors additional rights in the works. Regardless any subsequent physical ownership of the work itself, or regardless of who holds the copyright to the work. For instance, a painter may insist on proper attribution of his painting. In some instances may sue the owner of the painting for destroying it even if the owner lawfully owned it.
VARA exclusively grants authors of works that fall under the protection of the Act the following rights:

Many artists claimed that their VARA rights were violated when their street art has been painted over or otherwise covered up. Despite such broad definitions, VARA has a narrow reach. Courts have been somewhat divided on whether VARA can be claimed by street artists in order to recover their covered-up work. Many street artists who have attempted to claim that their VARA rights were violated have been met with resistance from courts. Majority of courts have clung to the requirement that the work be of ‘recognized stature’ in order to prevent destruction.

Whether or not street art is ‘legal’ remains an issue when legitimizing street art. Some are taking steps to address that issue. Los Angeles recently passed a new murals ordinance making street art legal. Therefore is only legal if you pay for a permit, get permission from the location, and publicly post your intentions. Shepard Fairey, best known for his Obama Hope poster and his Obey campaign, has teamed up with renowned graffiti artist, Risk to create a major piece in Skid Row.

Other artists, however, continue to thrive on the illegality of their work.  Banksy is one such example. Often pursued by law enforcement.

Once we are speaking about art, it’s easy to use visual examples in order to explain the possible difference between street art and vandalism .

Banksy is one of the world’s most renowned artists. Born in Bristol, UK, in 1974, he has become a household name by creating beautiful and truly thought-provoking art – which is seems to appear in public overnight. Although he began creating art freehand, he began using stencils in the late ‘90s and his work became widely recognised in the South West of England. In 2005, after many years of local media attention, Banksy’s work on the West Bank barrier, between Israel and Palestine, received significant media coverage by the world’s press.

The heart-shaped balloon represents love, hope, innocence, childhood and self-confidence. It’s thought that the piece symbolises losing something which is within your grasp. Etched into the wall to the right of the little girl, are the words THERE IS ALWAYS HOPE.

A rare unique painting of Girl With Balloon was the final item in an auction at Sotheby’s in London in 2018 and its sale price equalled the artist’s previous auction record of £1.04m.

In this case we are speaking about street art, but again, legally if Banksy didn’t have any authorization the term vandalism can also be applied.

Cabrita Reis, one of the great names of contemporary art in Portugal saw his work vandalized. Here, no aesthetically value is present and not even a powerful meaning behind could justify this pure work of vandalism. In fact, in the aggressive graffiti that have led to a police report, we read: “A shame,” “With our taxes,” “300,000 euros,” in clear reference to the controversy raised by the cost.

The definition of what is considered as art can be argued to no end. Therefore, the government cannot define what that is yet. Street art requires social acceptance through legitimacy to be accepted as “art”. These street artists do not aspire to change the definition of their artwork but rather question the existing environment around them in their own language. Through their works, they aim to communicate with everyday people about socially relevant issues without any intention to offend or to create a conflict but rather make a connection with the general public through their artwork.

People can argue for or against street art over and over again without coming up with a worldwide acceptable decision. There will always be disagreements. That is what makes street art interesting.

Check my article about the real case of vandalism in Portugal : https://marianacustodio.com/o-que-tem-em-comum-a-banana-de-maurizio-cattelan-com-a-linha-do-mar-de-pedro-cabrita/