Blockchain technology refers to databases enciphered in blocks that store information electronically. This technology is a substitute for long-established go-betweens to transfer the crypto-currency bitcoin. Is blockchain the future of art?

Blockchain is the future of art since artists utilize it as a medium and subject, thus changing how collectors use art. It also enables artists to track down the sales of their work and control the audience of their exposition. Blockchain was originally a ledger for Bitcoin and would be highly embraced in the future to ease artists’ work.

I will expound on the meaning and various uses of blockchain and whether or not it will survive these rapidly changing times. Many experts believe that blockchain is here to stay, and it will change people’s lives, especially artists because it will restructure the art industry. Others argue that it is uncalled for.

Blockchain is a digital ledger of transactions that is quite impossible to hack. Unlike the traditional ledger, it does not call for a third party to facilitate the exchange of data, money, or anything between people; people deal directly with each other.

Blockchain is becoming highly acceptable in modern society because it is a promising and revolutionary technology that enhances transparency on the internet. The internet harbours different characters like fraudulence, and blockchain does away with this.

Blockchain has structured databases with well-collected information stored in groups called blocks. These blocks have a fixed storage capacity, and newly filled ones can link to previously filled ones, thus forming a blockchain.

Blockchain is primarily used in Bitcoins to ensure that all parties obtain and retain control. Bitcoin transactions are on permanent record since it is impossible to reverse them. Additionally, anyone can access databases, thus minimizing hacking cases.

A Brief History of Blockchain

The notion of blockchain technology can be traced back to 1982 yet; software engineers did not put this theory into practice until 2008. In 2008, Satoshi Nakamoto published Bitcoin, then the following year, the first successful bitcoin transaction took place.

In 2012, bitcoin and blockchain gained recognition in television shows and magazines. In 2013, blockchain could serve other purposes besides bitcoin. In 2015, more than a hundred thousand people accepted bitcoin and the San-Fransisco company tested the trading of shares in private firms.

In 2019, IBM came up with a blockchain banking platform collaborating with prominent organizations like Barclays bank. In 2019, China announced blockchain as its cryptocurrency. In 2020, blockchain helped fight the COVID-19 pandemic by safely storing patient information and research data.

How Does Blockchain Work?

Blockchain prohibits the editing of digital information, yet it allows the recording and distribution of data. Hence, it is ideal for keeping records of transactions without deletion, destruction, and alteration. Blockchain has three components; blocks, nodes, and miners, which serve varying functions.

A blockchain has numerous blocks, and each block consists of a nonce, hash, and data. A nonce is a 32-bit whole number produced during the formation of a block. A hash is a tiny 256-bit number amalgamated to the nonce.

A nonce produces a cryptographic hash once a block of a chain generates, and the data recorded becomes permanent except it gets mined.

Through the mining process, miners generate new blocks for blockchains. All blocks in a blockchain have unique hash and nonce, making mining blocks a tedious or nearly impossible activity. The successful mining of a block entails the acceptance of all nodes by the network.

No individual or organization owns blockchains. It decentralizes via nodes. Nodes are devices that store copies of blockchains and enhance the running of networks.

Each node is different because they have varying copies of the blockchain. For a node to maintain a copy of a blockchain, the newly mined block must be updated, verified, and approved by the network. Nodes make it easy for people to check actions in the ledger- they foster transparency in blockchains.

Most people use blockchain to buy and sell bitcoin through nodes. For a miner to get a financial reward, they must complete a new block successfully. After most of the network confirms the block gets permanently secured to previous blocks using a hash, the sale gets processed.

What Do You Need to Know About Blockchain?

The most crucial trait of blockchain is that it applies to other fields- it is not strictly tied to finance. This technology applies to any transaction that calls for visibility and transparency, one of them being art. In the future, there will be numerous practical applications to blockchain use.

Blockchain technology does not engross in public existence. Organizations can use it privately to minimize compliance costs. Hence it is ideal for you if your firm is constantly under pressure to exhibit compliance.

Before you begin mining, you should know that blockchain will have a great future only if there is a concurrence between private and public blockchain. This intersection will enhance the collaboration of suppliers, clients, and business organizations in a verifiable, secure and digital manner.

Is Blockchain the Future of Art?

What is the Association Between Blockchain and the Art Industry?

Art has always been part of society. Most wealthy individuals love art pieces which they obtain from art auctions. However, today, numerous electronic forgeries of art corrupt provenience records, thus leading to huge losses for artists. Like other sectors, the art industry would benefit tremendously from modernization.

Blockchain technology has a lot of optimistic promises for individual artists and art organizations.  Through it, artists would solve most of the problems they encounter today.

Does Blockchain Have Potential in the Art Industry?

Since blockchain records are permanent, they elevate artworks’ security and prevent fraud. Blockchain promotes legitimacy and egalitarianism. This technology is a stabilizer of the art auctions’ inconsistency.

Blockchain can combat antiquity trade and stolen art by rummaging global and domestic art sales to solve legitimacy issues in the art industry. This aspect is valid because blockchain has proven beneficial in other industries. For instance, it helps track down stolen antiquities by recording their movement in the supply chain.

Art collectors can determine the number of pieces available for sale through blockchain technology, minimizing the chances of getting ripped off. If you are an art collector, this information will help you discern the reasonable price to pay for an art piece. Artists can also minimize the number of copies of a specific artwork to remain unique.

Blockchain would enhance the trust of art collectors because an artist can register original copies, thus making unauthorized copies noticeable and worthless.

What are Blockchain’s Applications in the Art Industry?

Blockchain disseminates art models and selling authorities. Art collectors experience hard times buying an art piece, especially if it has one seller. Blockchain is changing this by allowing people to bid and buy globally from any firm or individual.

The art market is no longer as restricted as it used to be since smart contracts help complete transactions, making it impossible for people to get scammed. Once an individual or organization sells a piece to a client, the original file gets deleted from the sender’s computer.

Blockchain enables you to buy art pieces with cryptocurrency. By using cryptocurrency, one does not have to wait for the bank to authorize their transaction, and they can easily transfer vast amounts of funds to their seller.

Blockchain enhances people’s accessibility to art. Before technology, only a few people in certain nations knew where to find good artwork. But thanks to blockchain, things are pretty different today. Art pieces are digitized and traded on the blockchain. They are visible and purchasable directly from their owner by anyone from any location.

Blockchain has made art affordable to many individuals. Most people fail to realize that they may be purchasing items at highly insane prices because a third party is involved. Any individual can afford to buy an art piece through blockchain because some go for as low as $10. Additionally, people will be sure they buy original work from an artist.

Blockchain technology is inventing online galleries, which are ideal for people unable to go to physical art galleries for reasons best known to them. Through this innovation, you can create a Data Access Object which eases art transactions.

Blockchain enables people to learn about the history of artworks. Since no one can alter blockchain’s ledger, it is pretty impossible to copy art providence fraudulently after publishing an original.

Is Blockchain Expedient to Artists and Art Collectors?

Blockchain has numerous merits to the art sector. It is bound to change artists’ and art collectors’ lives for the better. What are the pros of blockchain to the art trade?

Are there any Cons of Blockchain to the Art Industry?

Although blockchain has numerous merits to art collectors, some argue that it adversely affects the industry.

Is Blockchain Here to Stay?

I believe blockchain is here to stay and will transform many industries just as it is doing in the art sector. This technology is highly likely to offer artists and art collectors control since they can determine who sees their work and whether it should be distributed and reproduced.

Since blockchain enhances the accessibility and affordability of art pieces, it attracts numerous art collectors, thus revolutionizing the art industry. It is a powerful technology that will change people’s lives by transfiguring the publishing industry, music industry, and cinema theatre.

In conclusion, I hope you now understand blockchain technology and its connection to art. If you are an art seller or love buying artwork, you should consider using blockchain because you have a lot to gain. 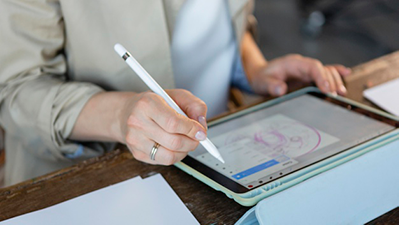 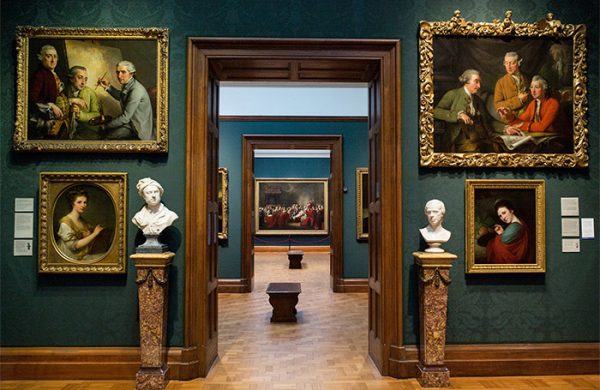